The three images below show a site design progression for the Western Europe regional site. The first two images are a before and after look at the site, while the third image shows the result of a move towards “People Group” focus. 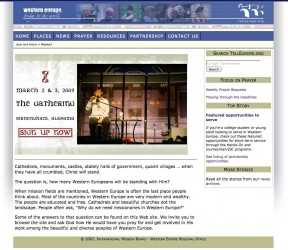 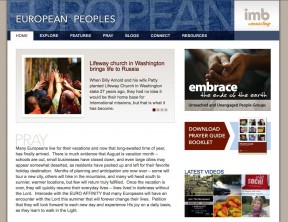 With the shift in focus away from people groups, the IMB site(s) above are (sadly) no longer active.